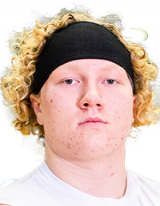 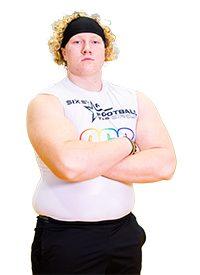 ▪️  SIX STAR FOOTBALL SCOUTING REPORT A rising OL prospect, Jay impressed at the Midwest Showcase, turning in a top 10 laser timed 40-yard dash time of 6.10 seconds and added a broad jump of 81 inches. At 6’2, 290-pounds, Jay has good size for an OL prospect and has started to draw some early college interest, including Bethel among others. A hard worker in the weight room, Jay reports a 500 squat, 315 bench and 275 clean. A multi-sport athlete who also plays baseball, Jay is a standout student, Jay reports a 4.0 GPA.

▪️  ANALYSIS Worked out on both sides of the ball at the Midwest Showcase, showcasing the ability to overpower opponents as a bruising, physical defensive lineman. We like him as an interior offensive lineman where a combination of strength, quick feet and athleticism make him a perfect fit at guard. His film shows a player who can pull  down the line, block at the second level and is an effective run blocker and in pass pro. Has a strong physical base and plays the game with good leverage and pad level. Consistent and has terrific balance in pass pro. Played center this past season for Augusta, showing a high football IQ and the ability to be a road grader in the run game, opening holes in the middle of the line. Has a mean streak, willing to play to the whistle. 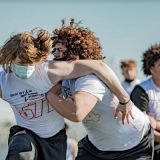 INSIDER: Players on the radar that are hot on the college radar