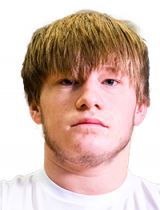 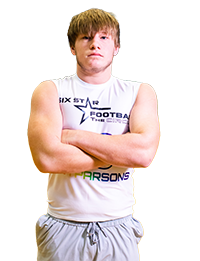 ▪️  SIX STAR FOOTBALL SCOUTING REPORT A standout two-way prospect from Osage, Cooper Parsons was an all-state performer proved to be a talented playmaker at both RB and OLB. He rushed for 537 yards and seven TDs in ten games this season, caught 13 passes for 192 yards and added three TDs on offense, and finished with 73 tackles, including 7.5 for loss, had two fumble recoveries, four passes defended and a forced fumble. He had an 89 inch broad jump and 27 inch vertical leap in the combine portion of the Midwest Showcase.

▪️  ANALYSIS Not very big at 5’6, 175-pounds, but plays the game with heart. Has a strong base that allows him to bounce off tackles as a runner and drive through opponents as a tackler. Is very difficult to block in the open field as he gets under opponent’s pads with ease and can be difficult to get hands on cleanly. Reads and reacts well on defense, sizes up opponent’s plays quickly and shows good burst to the ball. We like him on offense where he is a terrific receiving threat out of the backfield. Shows good hands, can break free in the open field and fights for extra yardage. Works between the tackles despite his size, can be difficult for opponents to find running behind offensive linemen.