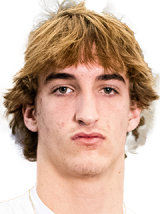 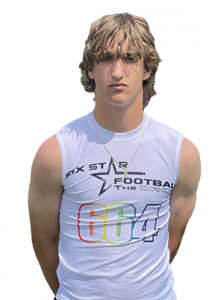 ▪️  SIX STAR FOOTBALL SCOUTING REPORT A versatile receiver who can operate outside the numbers and in the slot as well. He is also able to see time as a DB/S and is good at reading plays and staying with the competition. He has some natural ability to make plays through the air and can even make catches in stride and then escape contact in a variety of situations in heavy traffic. An underrated player in the area and one who shows a lot of promise and potential in his game moving forward.

▪️  ANALYSIS A smooth player who can spring and dodge tackles and even create an open space. Pennell is a smart and confident receiver who can let the game come to him. He has a way of making defenders slack off on their coverage and can then crank up the speed and make catches and then create. An interesting player who understands his ability and knows how to exploit a defense. An emerging player this off season and one with some real ability and one-on-one situations.

▪️ AREAS FOR IMPROVEMENT continued reps, quickness out of the gate, route precision