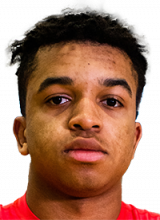 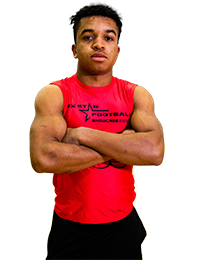 ▪️  SIX STAR FOOTBALL SCOUTING REPORT A talented three-sport athlete who also excels at basketball and lacrosse, Macon is a versatile athlete on the football field who can work at RB or WR. He rushed for 441 yards and seven TDs and caught nine passes for 83 yards as a sophomore for the Bombers this season and was a second-team All-Conference selection for his efforts. He had a strong showing the combine portion of the Midwest Showcase, recording a solid 4.84 laser timed 40-yard dash, added a 104 inch broad jump and 26 inch vertical leap.

▪️  ANALYSIS A versatile, well-rounded back who could fit into a modern college offense. Works well in the passing game with soft hands and good route running abilities. Can catch the ball out of the backfield, set up screens or serve as a check down option, but can also work out of the slot where he uses good quickness to pop open in the underneath routes. Good size at 5’11, 180-pounds with good physicality and toughness. Macon likes to bounce runs to the perimeter, but can also work between the tackles. Won several 1v1 drills against LBs clearing several competitive drills untouched.