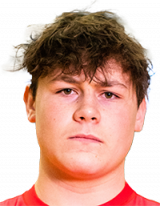 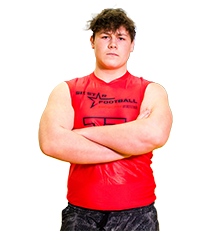 ▪️  SIX STAR FOOTBALL SCOUTING REPORT A very hard worker in the weight room and a prospect with potential at nose guard and on the defensive line. Stong, physical player who plays much bigger than his listed 6’0, 237-pounds would suggest. Had a good showing in the combine portion of the Midwest Showcase, recording an 87 inch broad jump and 22 inch vertical. Young prospect that could earn a big varsity role in 2023 and will be a player to watch for Elkhorn South.

▪️  ANALYSIS Riva impressed in the competition portions of the Midwest Showcase, excelling in 1v1s as he worked out against several talented offensive linemen. Consistently gets a  low pad level and uses his lower body strength well. Can overpower offensive linemen with an explosive burst and leg drive. Uses his hands effectively and stays on balance. Also worked out some on the offensive line and impressed with his technique and footwork. Could see him as an effective guard at the high school level with his quickness and strength.