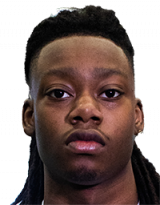 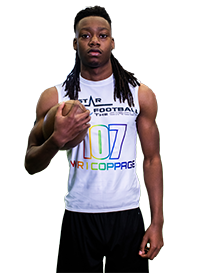 ▪️  SIX STAR FOOTBALL SCOUTING REPORT A solid and intelligent WR who is a fast player in the open field, if you let Coppage get some room against you in the open field he can really cause some major damage and can make some big yards after the catch happen. One of the more impressive looking athletes that shined at the 6Star Football Midwest Showcase, who has a good build, good muscle tone and athleticism. A good player largely flying under the radar.

▪️  ANALYSIS A strong and athletic player who shows good hands and ability as a playmaker with the ball in his hands. He runs well in space and can handle himself in one-on-one situations. A player who has good confidence and athleticism and he has been pushing himself with his routes, playmaking through contact and with his overall strength training. A player with a good ability to make things happen when he is covered and has to go get the ball.