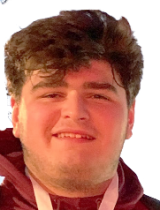 A look at several prospects raising their profile this season.

★Stock Risers: OL Prospects whose stock is rising this spring (2021)

A look at several players who have raised their profile this spring.

SIX STAR FOOTBALL SCOUTING REPORT:  Wilson has excelled this offseason on the basketball court, showing off terrific athleticism for a big man and especially for an OL prospect. He has a rare combination of size at 6’5, 285-pounds, strength and toughness. His film is impressive as he consistently works over opposing players, showing the kind of physicality that is necessary to play at an elite level. He still has work to do in his drops and pass sets, but Wilson brings terrific upside to the field and enters the upcoming camp season as a prospect college coaches should be watching.