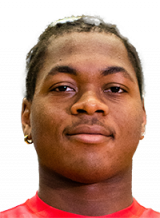 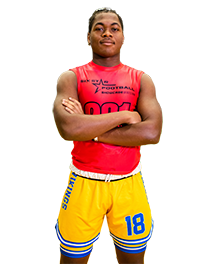 ▪️  SIX STAR FOOTBALL SCOUTING REPORT Turner was one of the eye catchers for some speed among the backers in attendance and was one of the players that raised his profile and helped his recruitment with a 40 yard dash time of 4.99 laser timed.  Was a big factor for the Omaha North defense this season, Turner had a 10 game total of 37 total tackles, 14 solo tackles, and he averaged 3.7 tackles per game, and had one interception, one fumble recovery and was one of the guys that did a little bit of everything to help the defense out. Turner is a very impressive looking athlete and physical power player at 6-0, 200, very strong and physical football player that is tough and makes a lot of key plays against the running game.

▪️  ANALYSIS A smart and athletic player who moves well and can find his way to the ball. He runs well in space and is very good at taking space away from ball carriers. He hits hard and is smart on the move. A player who understands offensive schemes and can also drop back and make plays against receivers as well. He reacts well, has quickness to shoot the gap and can get to the backfield as well and make plays and tackles for a loss.