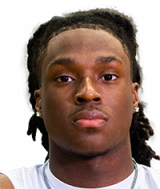 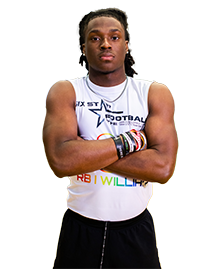 ▪️  SIX STAR FOOTBALL SCOUTING REPORT One of the pure elite speed seniors that really raised his stock and profile at the 6Star Football Showcase in St. Joseph was Lincoln’s Kenneth Williams. Williams ran the second fastest 40 yard dash time at the Showcase with a laser timed 4.47, a pure speedster with the football field. Williams had the fourth best broad jump among running backs also with a jump of 112 inches. A very lean and athletic looking running back in the senior class from Lincoln High School, Williams is athletic and a very impressive player that will be looking to grab more and more college offers and looks with some good speed. Williams reports some very impressive speed and can also play QB and SS as a speed threat on both sides of the football. Holds offers from Graceland and Lawrence Tech.

▪️  ANALYSIS An experienced back who shows versatility as a player on both sides of the ball. He has good speed overall and can show up in big moments and find ways to move the chains and find the end zone. He has good size overall, can absorb contact well for his position and is very creative with the ball in his hands. A quick player who can make opponents miss, shows the ability to find paths through heavy traffic areas but can also just use his speed on the outside and pull away from defenders.

A look at several prospects who shined.
Scroll