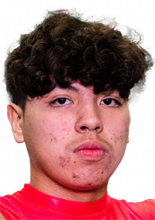 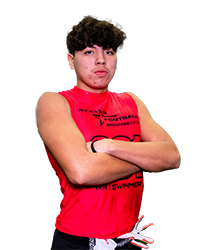 ▪️  SIX STAR FOOTBALL SCOUTING REPORT The Lawrence sophomore WR is a guy that will be looking to have a breakout junior season in 2023, At 6’1, 170-pounds, Swimmer has some height and showed he can get behind the defense with his open field speed and has that knack for making big plays. He recorded a solid 93 inch broad jump and 28 inch vertical leap in the combine portion of the Midwest Showcase.  A two-way prospect, Swimmer worked out with the wide receivers at Missouri Western but also shows potential and playmaking skills at free safety as well. Also a standout student, Swimmer reports a 3.6 GPA.

▪️  ANALYSIS Athlete that plays much bigger than hist listed 6’1, 170-pounds would suggest. Has a big frame, runs well and can make plays on both sides of the ball. Impressed with his ball skills while working out with the receivers at the Midwest Showcase, has strong hands, uses his frame well to shield off defenders. Can make touch catches. Hauls the ball in with his hands and away from his body. Gets out of breaks quickly and can get separation against DBs. Also lille him at free safety where he is ball hawks and willing to come up and support the run. Swimmer also made contributions on special teams. Look for him to break out this upcoming season.

A look at the super sophomore WRs from the Midwest Showcase