Warning: count(): Parameter must be an array or an object that implements Countable in /home/customer/www/sixstarfootball.com/public_html/wp-content/themes/JointsWP-CSS-master/single-player.php on line 29

Warning: Invalid argument supplied for foreach() in /home/customer/www/sixstarfootball.com/public_html/wp-content/themes/JointsWP-CSS-master/single-player.php on line 30 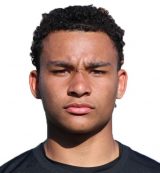 Six Star Football takes a look at several of the top performers in the Class 5 quarterfinals.

A look at players who impressed in Friday's Class 5 playoff game.

A look at some of top performers for CBC in its win over Vianney.

Six Star Football takes a look at the players who raised their profile in St. Louis.
Scroll