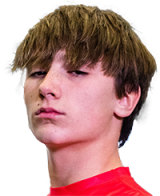 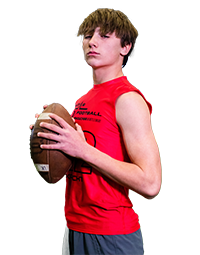 ▪️  SIX STAR FOOTBALL SCOUTING REPORT An up-and-coming dual threat QB who has the potential to be a future impact player at Gretna. Played this season behind D1 QB prospect Zane Flores. Impressed in the combine portion of the Midwest Showcase, recording a 103 inch broad jump and 27 inch vertical leap. Reports a 12.1 100-meter dash time. Kracht has the ability to escape pressure in the backfield and shows a good arm and a high football IQ for a youngster.  Also a strong student, Kracht reports a 3.6 GPA.

▪️  ANALYSIS Is seemingly at his best when plays break down as Kracht is a terrific scrambler under duress. Like his footwork and set up in the pocket, shows the ability to step into his throws and get something on them even when under pressure. Kracht has a quick release and can hit targets while on the run. Made several nice throws during the competitive portion of the Midwest Showcase, hitting several receivers in stride downfield. Played a lot on defense this season for Gretna’s freshman team, showing a high football IQ, the ability to quickly read a play as it develops and flies to the ball. Isn’t afraid to stick his nose in and make a play against a bigger, stronger opponent.