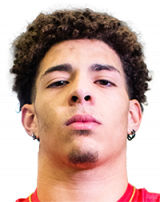 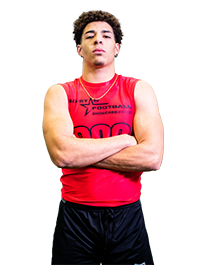 ▪️  SIX STAR FOOTBALL SCOUTING REPORT One of the seniors that raised his profile and showed he has some speed and athletic skills to take some notice of from college programs. Lyon tied for the fourth best broad jump mark among WRs with a mark of 112 inches and also had a good vertical among WRs at 34.9 inches. A player and senior coming out of Lincoln Southeast High School, Lyon is a 5-11, 175 target and WR for the Knights and is a player that has some speed to his game at wideout. Lyon will be looking to jump onto more and more college radars as one of the senior WRs and targets that could grab some college looks with his talent. Also a standout student, Lyon reports a 3.5 GPA.

▪️  ANALYSIS A talented and largely underrated wide receiver who shows good acceleration and speed on the outside and with his routes. He runs well, can get out of his breaks and can create good separation when matched against top CBs in the area and those out of state. Has the ability to play both inside and outside the numbers and can use his speed well in straight line situations. A very good athlete overall as he has great leaping ability and can climb a ladder to bring down a ball and has some creativity after the catch as well.