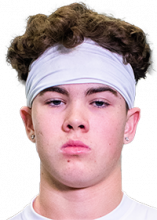 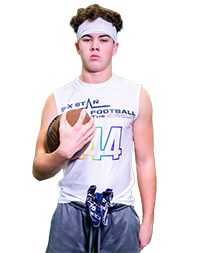 ▪️  SIX STAR FOOTBALL SCOUTING REPORT Moala is one of the young names to know among the Kansas City area WR prospects on the radar and is a guy that can play both sides of the football and has really come on as a playmaker in their secondary, Moala is a hard hitter and likes to come up and really make huge hits to deliver a message and iss a guy that will bring it each and every play from their defensive backfield.  A player that raised his profile at the 6Star Football Midwest Showcase in St. Joseph.  Also a standout student, Moala reports a 3.7 GPA.

▪️  ANALYSIS Moala impressed at the Midwest Showcase with his route running abilities, especially on his work in the slot where he has good quickness, gets a good, quick burst off the line as he quickly fends off defensive backs attempting to be physical and has the ability to quickly change dir3ections and catch DBs off guard. He showed soft hands and seemingly caught every catchable pass throughout the day. Listed at 5’10, 170-pounds, Moala plays bigger than his listed height/weight thanks to his willingness to play a physical brand of football. Very difficult to jam at the line, uses his hands well. Can get behind a defense and make plays in the red zone. Worked out at WR at the Midwest Showcase, but his film at safety impresses as Moala shows the ability to cover a lot of ground quickly, plays the ball well in the air and is a terrific tackler in space. Willing to come up to the line and support against the run. Can also play some cover corner. Fluid athlete with the kind of rangy play that you look for in a safety. 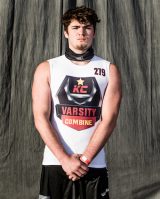