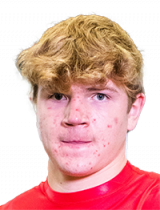 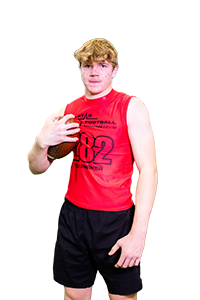 ▪️  SIX STAR FOOTBALL SCOUTING REPORT Coming off a big junior season for Park Hill South, Parker impressed at the Midwest Showcase with an athletic, next level frame, room for growth and competitiveness. He was among the event’s top overall performers for any position, but his laser timed 4.80 40-yard dash is an elite mark that should open eyes. He also recorded 112 inch broad jump and 30 inch vertical, both terrific marks for a TE prospect. A multi-sport athlete, Parker is a strong wrestler who was also an academic all-state selection this past season.

▪️  ANALYSIS We see a prospect who has all the tools to be a future Division I prospect. He didn’t get much in the way of passes as a junior at Park Hill South, but he impressed in that area at the Midwest Showcase, hauling in tough passes, showing advanced route running skills and strong, consistent hands. He uses his frame well to shield defenders, can climb the ladder and win jump balls, and has good speed and the ability to create separation. His film shows a high level blocker both at the point of attack and downfield in space and he has the potential to be a rare prospect capable of helping a college program as both a blocker and downfield threat. Parker has terrific size with the kind of frame college football programs look for in a TE prospect.