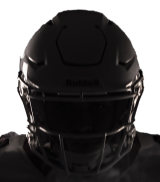 A look at several 2023 STL area prospect back on the field and making their mark.

SIX STAR FOOTBALL SCOUTING REPORT: A player who shows the ability to make plays on both sides of the ball. He has solid hands and can come away with big receptions down the field.