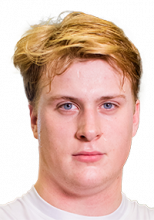 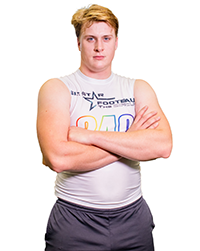 ▪️  SIX STAR FOOTBALL SCOUTING REPORT One of the state’s top uncommitted defensive prospects, Parkway West 2023 Parker Cummins has seen his recruitment pick up in recent weeks following a strong senior season. He impressed at Missouri Western with his quickness off the edge and excelled in 1v1s against strong competition. He recorded 90 total tackles this season for the Longhorns, just one shy of leading the team, and added three sacks and three forced fumbles. He has a big motor, is strong and physical and plays the game with an edge. He was a strong, powerful force at MLB this season as he commanded the middle of the field, but he can also play DE and was a first team All-Suburban Athletic Conference selection for his work as an offensive tackle. He recorded a 4.9 40-yard dash, 9'0 broad jump, and 26 inch vertical. Also a standout student, Cummins reports a 3.66 GPA and 1320 SAT. He earned a Division II offer from William Jewell in November and recently took an official visit to the school. He also holds an offer from McKendree.

▪️  ANALYSIS While capable of playing multiple positions at a high level, Cummins appears poised to play on the defensive line at the at the college level. He has a strong, physical base, a big motor and has strong hands that he uses to free himself from opposing linemen.  He played MLB this past season at the high school level and showed the ability to move well in space and make strong, clean tackles. He reads offenses exceptionally well and is seemingly always in the right place at the right time. With a terrific combination of strength, athleticism and a motor that is seemingly always running, Cummins projects well as a pass rusher that will hold up against the run as well.