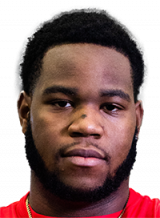 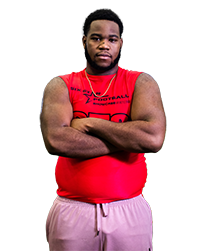 ▪️  SIX STAR FOOTBALL SCOUTING REPORT Big man in the trenches that brings some toughness and physical play to the lineup at Schlagle and is one of those guys that can be powerful with his 6’3, 285-pound frame. Has both some length and power in the trenches. Ross recorded a 5.80 laser timed 40-yard dash and added 77 inch broad jump and 24 inch vertical leap at the Midwest Showcase. Had 62 tackles for second most on the team, eight tackles for losses, and a sack for the Stallions defense.

▪️  ANALYSIS Ross’ combine numbers at the Midwest Showcase don’t do justice to the kind of athlete he is for his size. He moves exceptionally well, shows good agility and quickness for a big man and could find a home at the next level at either guard or on the defensive line. He even lined up at fullback last season in short yardage situations showcasing his toughness, physicality and ability to move in space. Ross is at his best using a swim move as a pass rusher as he is difficult to contain for opposing OL. He has a quick burst off the edge and can get opposing players on their heels. He is a strong tackler in space and consistently plays to the whistle. We also like him on the offensive line where he excelled this season at left guard for Schlagle. He has the potential to excel pulling down the line and he shows good technique as a blocker.