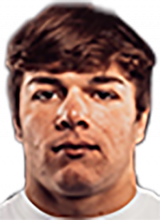 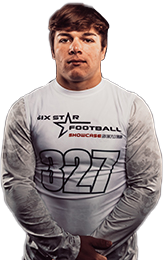 ✅.  SIX STAR FOOTBALL SCOUTING REPORT: A physical player who has the ability to make plays with the ball. He shows speed and good upper body strength and versatility, capable of also showing up in special teams. Has been pushing himself in the weight room as well, which helps as he has also shown ability to block and make aggressive hits, making him more than just a ball carrier.

✅.  ANALYSIS: Fager is a good athlete with a versatile skill set. He is a physical athlete who looks to play hard and can initiate contact and stay on his feet. He is a good runner and looks to use his blockers and work his way up the middle. He has good vision and shows straight line speed but can also dodge and evade tackles as he looks to get the last bit of yardage available. A player in his class that will improve and will likely produce when given the carries or targets as a receiver as well.