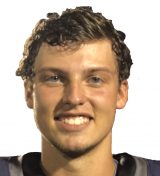 A look at ten players who stood out in Friday's contest between Park Hill and Lee’s Summit West.

Several players in the 2020 class are making an impact at the wide receiver position and are emerging as potential recruiting targets for college programs in the future. Six Star Football breaks down some...
Scroll