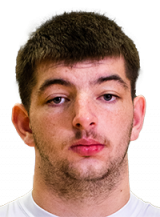 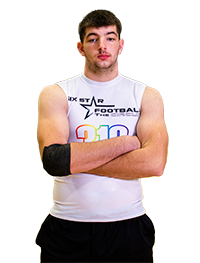 ▪️  SIX STAR FOOTBALL SCOUTING REPORT A player that could attract more and more college attention with his frame and size, and a player that has been a key run stopper on the edge with size for the Mitchell defensive unit. Good looking player and frame for the college game. 6-5, 225 Thomas is one of the bigger looking lengthy DE prospects in Nebraska football, a player at Mitchell that has had a nice career and has the built to be a college prospect with more offers coming in. had 37 tackles and four tackles for losses as a key rush end for Mitchell. Tucker has college offers from Nebraska-Kearney, Hastings, Chadron State, Concordia, Doane, and Graceland and had made visits to several schools such as Missouri Western, Wyoming, Wayne State, and Nebraska Wesleyan.

▪️  ANALYSIS An experienced and active lineman who can see time on the edge and inside. He runs hard, has a good frame and holds his own against strong competition. He has some creativity to his pass rush and continues to add moves to his bag. A player who moves well for his frame, has good upper body strength and can use his length well against the run. A tough and athletic DE who also has good hands and the ability to catch up to ball carriers and pull them down after a short gain.