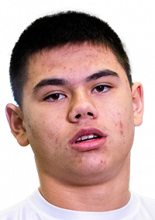 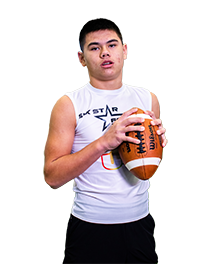 ▪️  SIX STAR FOOTBALL SCOUTING REPORT A rising talent among freshman QBs in Nebraska football, a three sport athlete from Bennington, Bouaphakeo is a three time state wrestling champion also in Nebraska and a tough nosed QB and leader at Bennington on the rise.  A player that raised his profile at the 6Star Football Midwest Showcase in St. Joseph. Is a dual threat QB and a defensive player that lines up at outside linebacker.

▪️  ANALYSIS A quick and athletic young prospect who shows good speed, footwork and the ability to take advantage of slower Defenders and make the miss in space. He likes to throw and has good arm strength for his age but often finds himself having to jump out and create on the ground, something he does very well. He has solid footwork in the pocket and shows an ability to lead his receivers on crossing patterns and even on some outside the numbers plays. A nice player to keep your eyes on as he continues to work this off-season.