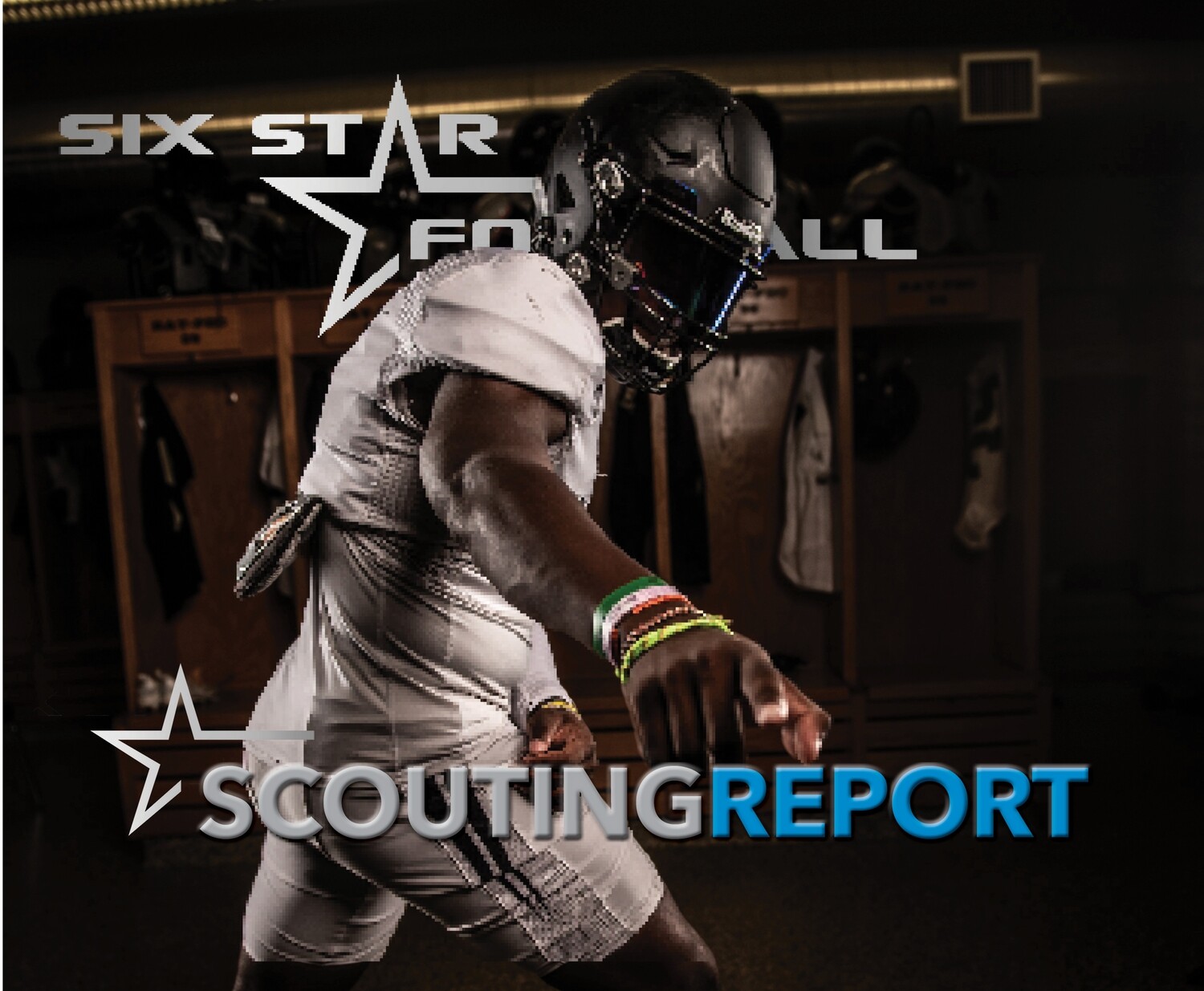 When will it be available?
Scouting Reports from spring 2023 events will be completed and sent at the end of the upcoming camp season. They will be sent directly to the athletes via email and are also available on each athletes's Top250 Profile.

What is the Six Star Football Scouting Report?
Six Star Football as been evaluated by the Enforcement Certification and Approvals Group (ECAG) and was determined to be compliant with NCAA legislation, meaning NCAA Division I coaches are permitted to subscribe to this service for Football (click here for additional information).

Six Star Football will be sending out an in-depth Scouting Report to college coaches across the country featuring players from Iowa, Florida, Kansas, Missouri, Nebraska, Oklahoma and beyond following this spring's camp season. This report details athletes who attend our events — but this feature is also available to those who can not attend one of our events.

We want every athlete that aspires to play college football to receive exposure from us and we will help you put your name in front of college coaches. Our mission is to promote the sport and its players, regardless of what level you may eventually play -- whether that eventually proves to be Division I to Division III, JUCO or any point in between.

In-Depth Analysis
The Six Star Football Scouting Report will provide in-depth analysis and a complete breakdown of an athletes abilities with insight meant to help athletes take their game to the next level. It will include constructive criticism and feature an honest assessment of a prospects abilities that will be beneficial for both the athlete and college coaches who read our reports.

Privacy
You will not be sent the entire report that goes to college coaches. You will only receive your portion of the report, and it is your choice to share it publicly. The entire report may contain sensitive information of other athletes (grades, test scores, phone numbers, etc.) and will only be available to college coaches. You will be sent your personal scouting report (see image for example). However, the only recipients of the complete report will be college coaches. Sensitive information such as grades, scores, phone numbers are completely voluntary. You can be included the report without providing that information.

Photo
If you are not planning on attending a Six Star Football Camp & Combine this summer and want a photo included in your profile, you must email to recruiting@sixstarfootball.com in proper format (We will take your photo if you are attending an event).

IMPORTANT: Six Star Football prides itself on its independence. We are not associated with or influenced by any high school program, club team, 7on7, personal trainers or anyone else. We write positive, but independent and honest analysis of players. We want the colleges that read our reports to trust that we are providing objective insight, not simply promoting a kid because someone is paying us. If you register to be included in our report, you are consenting to be a part of the report and our analysis. You will not be provided an opportunity to edit the report before it is completed.

Save this product for later
Display prices in: USD
Scroll